Only about a month to FIATA’s World Congress, the most anticipated event in the industry’s annual calendar. The local host – the Federation of Malaysian Freight Forwarders (FMFF) is busy making the necessary preparations to welcome delegates to Kuala Lumpur, Malaysia.

Apart from the interesting Congress programme, FIATA members can also look forward to an exciting time in Malaysia, which offers a «melting pot» of cultural diversity in its people, food, architecture and history – and an unrivalled showcase of the country’s top-class and fast-expanding regional logistics facilities.

Roberto Azevêdo marked the start of his second term as WTO Director General on 1 September, focusing on the challenges facing the trading system and stressing the importance of the 11th WTO Ministerial Conference (MC11), which will take place in Buenos Aires in December this year. His term will run for four years, until 31 August 2021.

Roberto Azevêdo was appointed to serve a second four-year term as Director General by a consensus decision of all WTO members, taken at a meeting of the General Council on 28 February 2017.

Initiated and hosted by the Government of Kenya, this event is specifically tailored for acceding governments in the Greater Horn of Africa region – Ethiopia, Somalia, Sudan and Comoros. South Sudan is also participating in the Dialogue, as it is planning to submit its application for WTO membership shortly.

The WCO with support from the Japanese Customs Cooperation Fund (CCF/Japan) and Burkina Faso Customs Administration, organized a Regional Workshop on Digital Customs and E-Commerce from 21 to 24 August 2017 at the Regional Training Centre in Ouagadougou, Burkina Faso.

The Experts from the WCO provided detailed information and explanations on Digital Customs and its various facets, in particular the implementation/consolidation of electronic services, Single Window and harmonization of data and messaging standards in accordance with the WCO Data Model.

Under the auspices of the WCO-HRMC-UNCTAD TFA Implementation Programme, the WCO conducted a PCA diagnostic in Pakistan from 21 to 25 August 2017. The overarching objective of this mission was to conduct a comprehensive review of the current PCA policies, strategy and infrastructure, including implementation processes. The mission originated from bilateral discussions between the WCO and the Federal Board of Revenue (FBR) in the margins of the USAID-supported Training for Pakistan Project’s TFA workshop in January 2017. Read more:

On 10 August 2017, the Mexican Tax Administration Service signed an Agreement with Japan on Mutual Assistance and Cooperation in Customs Matters to strengthen existing information exchange schemes and cooperation mechanisms.

Under this Agreement, both countries commit to help each other in combating illegal foreign trade practices, such as undervaluation, by corroborating the authenticity of documents and exchanging information on foreign trade operations, seizures of goods, detection and concealment methods for illicit goods, etc.

From 1 to 10 August 2017 Bangladesh hosted a Practical Training on Air Cargo Control in the framework of the UNODC-WCO Container Control Programme (CCP) at Hazrat Shahjalal International Airport. The training was conducted by WCO training experts and was intended to support the future Air Cargo Control Unit (ACCU) at Dhaka Airport.

Currently, Airport Control Units established in the framework of the CCP are operational in 4 countries; funding for 11 countries in total has been granted by the donors of this joint UNODC-WCO programme. The implementation of the Container Control Programme in Bangladesh in funded by the Government of Japan. To read more please visit:

The WCO partnered with the World Bank Group to co-facilitate this workshop in an effort to foster cooperation of the WTO Annex D agencies in order to ensure coordinated support to Burundi’s efforts to implement the WTO Agreement on Trade Facilitation (WTO TFA).

During the workshop the Commissioner-Customs, speaking in the presence of the press, highlighted the importance of the WCO support for the development of his Administration, in particular through the WCO-EAC CREATe project, and urged participants to ensure the success of OBR’s AEO programme and wider consultative efforts. For more details please visit:

Enhanced trade flows between Africa and the Arab World could significantly elevate their share of the global market, said ECA Deputy Executive Secretary and Chief Economist Abdalla Hamdok this morning in Cairo at the 100th session of the League of Arab States Economic and Social Council.

«Deepening regional integration between Africa and the Arab world, beyond their own mega-regional trade agreements (CFTA and GAFTA), looks very promising, as far as supporting their countries’ diversification and structural transformation efforts are concerned, and could contribute to elevating the standing of Africa and the Arab world on the world trade landscape», said Hamdok. To read more please visit: https://www.uneca.org/stories

The Economic Commission for Africa on Thursday unveiled the Model Law that provides a framework for the harmonization of cross-border rules, regulations, laws and policies governing transboundary infrastructure projects in Africa. The Model Law, unveiled at the annual Nigerian Bar Association conference, is expected to be adopted by African Heads of State and Government at their January Summit in Addis Ababa, Ethiopia, paving the way for more transparency, efficiency, and accountability with regards to public and private sector engagement in transboundary infrastructure.

The Foreign Ministers and Heads of Delegations of the member countries of the Forum for East Asia-Latin America Cooperation (FEALAC), meeting in Busan on August 31, 2017, have agreed to strengthen the interconnectivity between the two regions and broaden the areas of cooperation by establishing a FEALAC Fund.^

The FEALAC Fund, unanimously endorsed by the 36 member countries attending the 8th Foreign Minister’s meeting in Busan with expressions of strong support for the role of UN Regional Commissions, will create new opportunities to support enhancement and diversification of trade by promoting innovation and tackling tariff and non-tariff barriers, along with advancing public policies for sustainable growth and development. To read more please visit: Un-escap-welcomes-new-trust-fund-promote-regional-cooperation-between-east-asia-and-latin

Bangladesh, Cambodia and China signed the Framework Agreement on Facilitation of Cross-border Paperless Trade in Asia and the Pacific, a new United Nations treaty aimed at strengthening digital trade in the region.

Open to all 53 ESCAP Member States, this unprecedented regional treaty illustrates Asia and the Pacific’s leadership in adopting innovative trade facilitation measures. It will provide the foundation for participating countries in the region to cooperate and accelerate progress in achieving paperless trade across borders, cut trade time and costs, and ultimately boost economic competiveness. To read more please visit: Bangladesh-cambodia-and-china-sign-new-un-treaty-strengthen-digital-trade-asia-pacific

13. ICAO – Deposit of Thailand’s Instrument of Accession: Montreal Convention of 1999

On 3 August 2017, at ICAO Headquarters, His Excellency Dr. Vijavat Isarabhakdi, Ambassador of Thailand to Canada and the State’s Permanent Representative to ICAO, deposited, on behalf of his Government, the instrument of accession of Thailand to the Convention for the Unification of Certain Rules for International Carriage by Air, done at Montreal on 28 May of 1999. It will enter into force for Thailand on 2 October 2017.

The Montreal Convention of 1999 facilitates the use of simplified and modernized documents (electronic records) of carriage (passenger tickets; air waybills), permitting substantive operational savings for operators and the ability to manage risks more efficiently through the use of electronically produced and simplified documents of carriage – especially in the air cargo field.

In his address to the 27 attending Ministers and 35 Directors General of Civil Aviation, representing some 45 African and Middle Eastern Member States, ICAO Council President Dr. Olumuyiwa Benard Aliu stressed that ICAO’s new Global Aviation Security Plan sets out key priorities where ICAO, States, and others should now focus their urgent attention, resources and efforts, as well as corresponding actions at the global, national and local levels.

Recent years have witnessed a rapid growth in electronic commerce as both consumers and enterprises go online to find what they need. At UNCTAD, we estimate that global e-commerce grew from $16 trillion in 2013 to $22 trillion in 2015, at a time when world production and trade grew very slowly.

To make e-commerce a vehicle for sustainable development we need to connect the dots. There is a need to bring all relevant stakeholders together – as opposed to continuing our bad habit of working in silos – and to work simultaneously across different policy areas.

In his keynote address to the approximately 300 delegates in attendance, President Aliu further highlighted the need to manage demand against capacity of airport and Air Traffic Management (ATM) systems, the pressing need for APAC States to implement the Safety Enhancement Initiatives (SEIs) set out by its Regional Aviation Safety Group (RASG), challenges to infrastructure and other investors posed by unstable regulatory environments, and insufficient training capacity for skilled aviation professionals, amongst other priorities.

Meetings which focused around the need for more concrete State infrastructure commitments, and related ICAO compliance and aviation development priorities, were conducted.

The German government is compensating for the climate footprint of all its official travel by acquiring UN-certified carbon offsets and has launched a tender process – open until 16 August 2017 – to purchase more than 235,000 credits to offset last year’s emissions from business travel.

The transport sector is responsible for approximately 23% of total energy-related CO2 global emissions, and the German government wants to do its bit to tackle the problem by making use of credits obtained from projects that are certified according to UN rules under the Clean Development Mechanism (CDM). To read more please visit: Climate-action/german-government-uses-un-carbon-credits-to-offset-staff-travel/

ICAO – Deposit of Thailand’s Instrument of Accession: Montreal Convention of 1999

ICAO – Deposit of Thailand’s Instrument of Accession: Montreal Convention of 1999 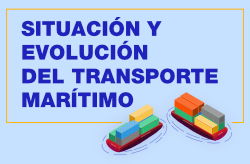